Home » News » 6th Edition of the Malta Masters Tournament in 2018

The Sixth Malta Masters Basketball Tournament was held recently at the Ta’Qali Sports Pavilion, Malta. Seven local and international teams participated in the Men’s Over 40 category.

The seven teams involved; MURCIA from Spain, BREMER from Ukraine, London Eagles participating for the sixth time, SUNS a rejuvenated Malta side, JAZZ from Malta, Fusion made up of the Serbian Community in Malta and for their first participation CAVALIERS from Malta.

The teams were set into two groups, BREMER, London Eagles, JAZZ as group A and MURCIA, SUNS, FUSION and CAVALIERS in group B.  Games were played on a round robin mechanism on the first day of the Tournament, Saturday 29th September, 2018.  Emerging from the round robin games, winners of each group would meet the seconds of the other group in the semi-finals on Sunday 30th.

SUNS and London Eagles, losers in the semi finals, contested third and fourth place, with London Eagles, yet again, acquiring a medal in these Tournaments.

After having participated under the Malta Masters banner in a number of international Masters tournaments, the organisers of this Tournament, Predrag Andrejevic, Peter Perotti, Mark Vassallo and Piero Selvaggi are aiming to establish the Malta Tournament as one of the key events in the Calendar of Basketball tournaments for the Over 40’s. The response for this year’s Tournament was very encouraging and a number of local and international teams are already lined up for the 2019 Tournament.

This year the Organisers agreed to donate proceeds to Puttinu Cares after having extended support to the Malta Community Chest Fund during the past two editions. At the end of the Tournament, the Chairman of Puttinu Cares Dr Victor Calvagna together with the President of the Basketball Association, Paul Sultana presented awards to the winners. 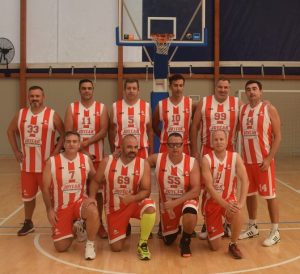 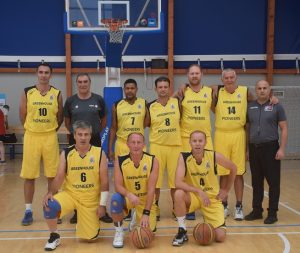 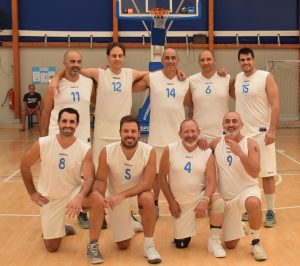 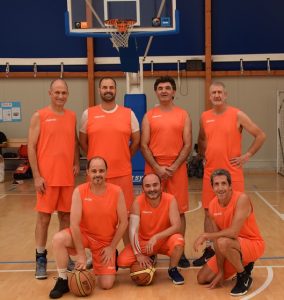 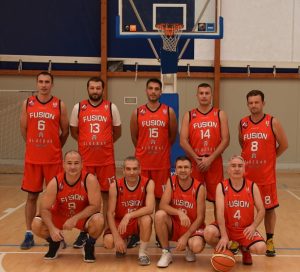